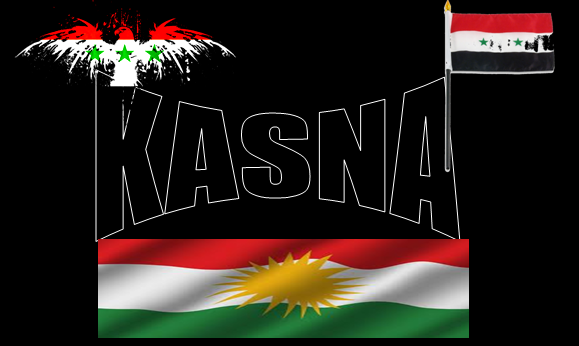 Uncensored Steven Sotloff US Journalist killed/BEHEADED BY ISIS IN IRAQ

22 people have been killed by a car bomb which was detonated outside a mosque. Several of the dead were rebel fighters as well as scores of civilian which included women and children.  The bomb was detonated by ISIS as it steps up its offensive in Syria.
Posted by Unknown at 10:34 No comments:

Thousands of Iraqi Yazidis who fled from a part of ISIS controlled to the mountains in Iraq have entered Syria - mostly in government and YPG held areas where they are receiving care and are safe from the ISIS militants. Syria has been engulfed in violence since 2011 and Iraq has recently seen a surge in violence between ISIS forces against Peshmerga forces, the Mahdi army and the Iraqi Armed forces.

In Iraq, Yazidis also received aid in the Kurdish part of Iraq.  There were also a number of Christians who were also arriving in Syria to seek refuge from the savage militants.

BY KASNA
Posted by Unknown at 16:52 No comments:

ISIS Sends a powerful Message to the US via Social Media

ISIS has used twitter and the hash tag - #amessagefromisistous to send a powerful and worrying message to the US as a result of their airstrikes on ISIS targets in Iraq.

Overview
The Syrian Army has been deploying elite units such as the 4TH armored division and the Republican Guard to the city of Aleppo. Aleppo use to be Syria's commercial hub.The Syrian army has been making gains in Aleppo recently and since July has cut off major supply routes to the rebels inside Aleppo. Soon, the rebels inside Aleppo will be running out of resources and weapons and they will soon become easy targets for the Syrian Arab army, the national defense force and the Hezbollah Militias.

Imminent Assault
The actual assault is expected to be launched by regular shelling of targets in Aleppo and Airstrikes from the Syrian Air force. Then the city will be stormed by thousands of fighters who will also have continuous air cover. The attack could is expected to be launched within the next few months. The Syrian army can not besiege Aleppo for too long as military resources are needed else where (particularly in Deir-Ez Zour and Raqqa to fight of ISIS militants and retake the oil fields of Deir-Ez Zour.) The attack on Aleppo will primarily be from the south.
The end in sight?
Retaking the rest of Aleppo will be a major blow to the opposition and will also allow residents to return to their homes in Aleppo.

Which rebels are in Aleppo?
The fighters in Aleppo are mainly from Al Nusra and the so called " Free Syria Army." ISIS is also present in some parts of Aleppo. Fighters in Aleppo have described Al Nusra as the "special forces" of Aleppo but it is expected that they will not be able to hold off the assault.

BY KASNA (KURDISH AND SYRIAN NEWS AGENCY - kurdishandsyriannewsagency.blogspot.com)
Posted by Unknown at 13:24 No comments:

Many people reading about latest ISIS attacks in Ninawa Governorate would know that Peshmergas (Kurdish soldiers) loyal to Barzani's Kurdistan Democracy Party (KDP) retreated from towns, such as Shingal, leaving tens of thousands of Yezidi Kurds at the mercy of Islamic State (IS) mercenaries. Those Yezidis had no choice but to flee to the nearby mountains, where there would be no shelter from temperatures reaching up to 40 degrees.

Their only hope was the PUK Peshmerga (Kurdish soldiers loyal to the Patriotic Union of Kurdistan), which numbered no more than 700 soldiers in that small town, and the neighbouring People's Protection Units (YPG) which is tasked with defending Rojava. YPG was quick to come to the people's aid when they heard that KDP Peshmerga were pulling out. They sent units making sure the people in Shingal mountain were safe from IS attacks, and sent many of their soldiers to confront IS in the town itself.
Posted by Unknown at 13:23 No comments: